This event was reported, with illustrations, in a number of European newspapers. As  mentioned elsewhere,elsewhere, at least one enterprising European merchant sought to cash in on this event, using contemporary newspaper illustrations as the basis of advertising cards.

Further research has brought to light several other instances of the same company, Pfeiffer and Diller, attempting to cash in on events occuring in Crete and reported in European newspapers.

The cards and the illustrations they were copied from are shown below. 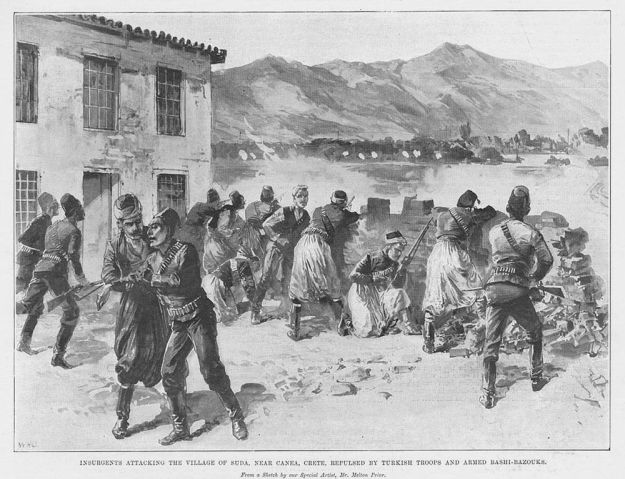 Pfeiffer and Diller card of attack on Suda Bay.

Note that the card above bears the title, in German, ‘Turks in action at Larissa.’ This is presumably a reference to the fall of the town of Larissa  to Ottoman forces on 27th April 1897, during the 30 Days War. (For the  record, Larissa is in Thessaly and nowhere near Crete!) 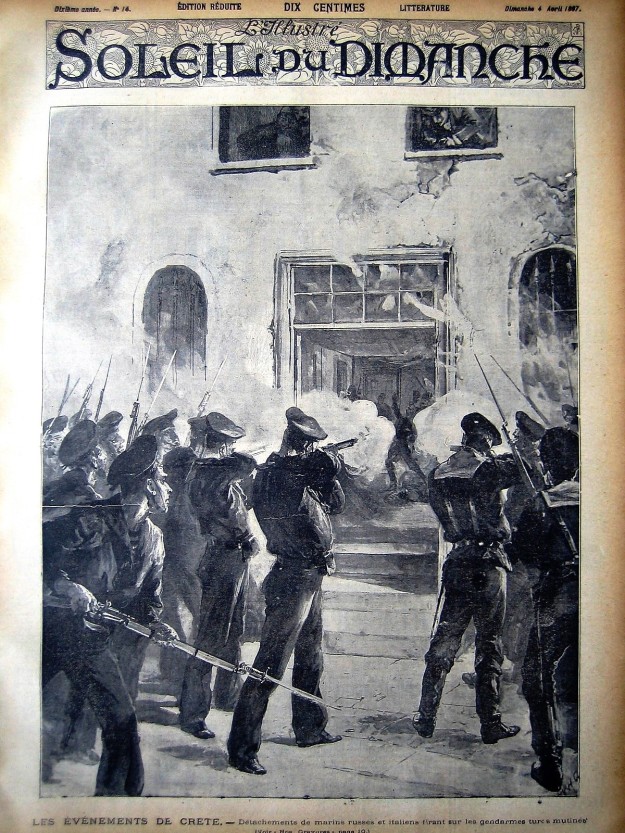 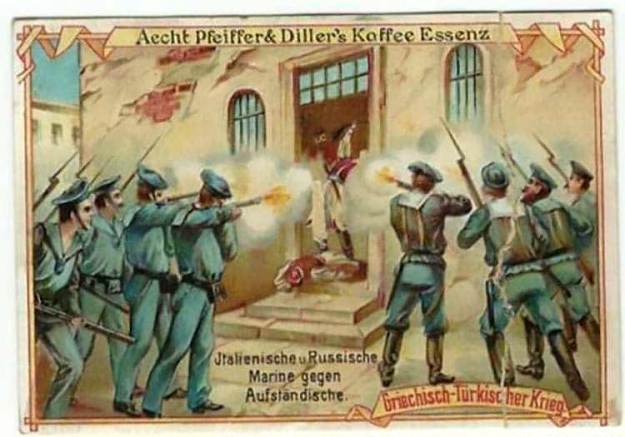 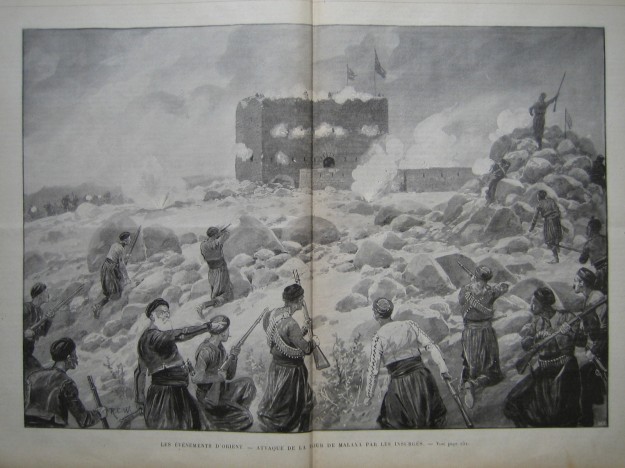 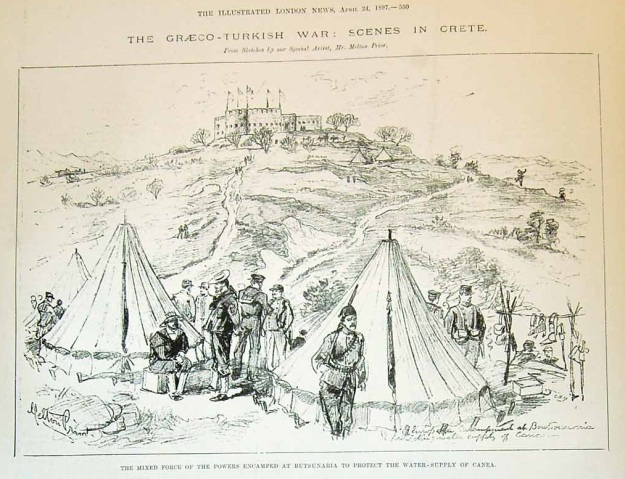 The remaining two cards in the set appear to relate directly to the 30 Days War.

Pfeiffer and Diller, a coffee company based in Horchheim bei Worms am Rhein, Germany, were founded in around 1873 and ceased operation in 1943. During  the late 19th and early 20th centuries, many of their adveritisments played upon the Imperialist aspirations of the Second Reich. However, they were not alone in using racism and Imperialism to sell goods; many British and French companies followed exactly the same sort of advertising strategies.

1 thought on “Cashing in on the disturbances”

This site uses Akismet to reduce spam. Learn how your comment data is processed.

The Seaforths go forth.